Base Speed Camp is hosted by JC Speed Development, LLC

Jared Connaughton "JC" was named the 2006 Southland Conference Track and Field athlete of the year both indoors, and outdoors. In the 60m semi final at the Southland Conference championships, he set a new meet and conference record of 6.68 seconds. At the 2008 Beijing Olympics, Connaughton competed in the 200m and 4x100m relay for Canada. At the 2012 London Olympics, Connaughton competed in the 200m and 4x100m relay for Canada.
Jared was named as Team Captain for the Canadian squad at the 2012 Olympic Games.
Scott Podsednik was drafted out of West High School in the 3rd round, 85th overall, in the 1994 Major League Baseball Draft by the Texas Rangers. After leading all of the Major Leagues in steals the first half of 2005 he was selected to his first All-Star game via the MLB's All-Star Final Vote. Podsednik ended 2005 with 59 steals (second in the American League) despite missing several games due to injury. In Game 2 of the 2005 World Series, Podsednik hit a 2-1 fastball into the right field stands for a walk-off home run, only the 14th in World Series history. Podsednik ended his career in 2012 with 309 Career stolen bases. 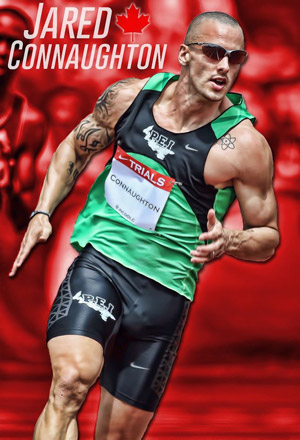